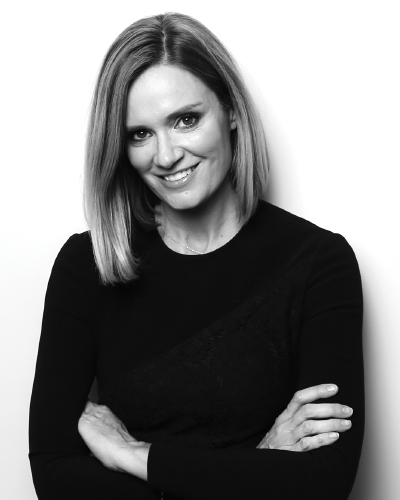 Julia Baird is a journalist, broadcaster and author based in Sydney, Australia. She hosts The Drum on ABCTV and writes columns for the Sydney Morning Herald and the International New York Times. Her writing has appeared in a range of publications including Newsweek, The New York Times, The Philadelphia Inquirer, The Guardian, Good Weekend, The Sydney Morning Herald, The Sun-Herald, The Monthly and Harper’s Bazaar. Her much lauded biography of Queen Victoria was released in 2017.

Baird was based in the USA until 2011, working at Newsweek as columnist and deputy editor. She began work at the magazine as senior editor for Science, Society and Ideas. She edited and wrote cover stories on subjects including human evolution, the history of climate change denial, the mysterious lives of surrogate mothers, the politics of transgender, the significance of 1968, and the then vice presidential nominee Sarah Palin, as well as a profile of MSNBC's Rachel Maddow. In 2010 she moved with her family to Philadelphia and worked as a columnist for the Philadelphia Inquirer.

She began her career in journalism at the Sydney Morning Herald, where she worked as a columnist, oped editor, education reporter and election editor. In 2006, and again at the end of 2011, she was the host of the in depth interview radio program "Sunday Profile" on the Australian Broadcasting Corporation. In 2012, she covered the US presidential campaign in Iowa for The Monthly, the ABC, and The Sun-Herald.

In 2005, Baird was a fellow at the Joan Shorenstein Center on the Press and Public Policy at Harvard, researching the global response to American opinion in the lead-up to the Iraq War. Her Ph.D., on female politicians and the press, formed the basis of her book, Media Tarts: How the Australian Press Frames Female Politicians (2004). Baird has also taught history (20th century cultural history and personal narratives, involving the study of letters, diaries and journals), and made radio documentaries on subjects as diverse as black metal music and convent education.

Baird received both her B.A. and Ph.D. in history from Sydney University. She is a regular commentator on television and radio.